Quarterback Danny Callahan completed seven passes for 156 yards and a pair of touchdowns, linebacker Matt Cunningham recorded 11 tackles and the Raiders defeated the Edina Hornets 28-14 at White Bear Lake high school on Friday night. “It’s a monster rally like we said before,” said Cunningham, who forced a turnover for the second consecutive week.
Cretin-Derham Hall Link to Story

If defense does in fact win championships then the Cretin-Derham Hall Raiders certainly have a chance to bring home the hardware this season. Field conditions at the University of St. Thomas may not have been ideal following the first snowfall of the year, but senior linebacker Charlie Dennis and the Raiders defense were up to the challenge.
Cretin-Derham Hall Link to Story

Almost every professional athlete across the planet has a charity or mission that is near-and-dear to their hearts, and Minnesota Vikings linebacker Anthony Barr is no different. Barr arrived in Minnesota as the No. 9 overall pick back in 2014 and has since dedicated a large fraction of his time to giving back to the community that he now calls home.
Vikings Territory Link to Story

Floyd Ready for Redemption: “It’s About What You Do Next”

The past six months have been a roller coaster ride for new Minnesota Vikings wide receiver Michael Floyd. In December of this past year, the Minnesota native watched as his career with the Arizona Cardinals unraveled in front of his eyes following a well-documented DUI arrest. Without a team for the first time since Arizona selected him with the No. 13 overall pick in 2012, Floyd found himself at a bit of a career crossroad and at the mercy of the NFL waiver wire.
Vikings Territory Link to Story

Vikings Draft Picks 2017: Results, Grades and Analysis for Each Selection

Century soccer received a significant blow at the end of January when Nate Ulness resigned as head coach of the boys and girls programs. Ulness, who compiled a record of 117-26-21 and four state championships during five years and nine combined seasons with the two Patriots programs, accepted an opportunity to become the first women’s soccer coach at Gillette College in Wyoming.
The Bismarck Tribune Link to Story

The 2015 season certainly did not go according to plan for Josh Kotelnicki’s Marauders, but a 28-man recruiting class filled with talent should assure a bright future for the U-Mary football program. "We are very excited about our 2017 Marauders football recruiting class," Kotelnicki said in a statement.
The Bismarck Tribune Link to Story

Danielle Hunter: A Sack Artist in the Making

Minnesota Vikings edge-rusher and 2015 3rd-round pick Danielle Hunter is quickly establishing himself as one of the most feared pass-rushers in the NFL ... and he's only 22 years old.
Vikings Territory Link to Story

Divisional game matchups always seem to have a special feel. The stakes are inherently higher, familiarity with the opposition breeds competitive matchups and bragging rights are always in play regardless of NFL standing. When control of the NFC North and the inside track to win a division championship are at stake, however, the stakes are raised to an unprecedented level and every snap is treated with the utmost importance.
Vikings Territory Link to Story

The rivalry between the Bismarck Bobcats and Minot Minotauros is alive and well. Words were exchanged throughout, tempers flared and 73 combined penalty minutes were distributed in the Bobcats’ 4-3 victory over the Minotauros on Friday night at the VFW Sports Center. “There have been a few [games] over the course of my memory, I don’t know,” Bismarck coach Layne Sedevie said.
The Bismarck Tribune Link to Story

The Minnesota Vikings traded in their bucket hats for shoulder pads on Sunday afternoon, marking the true beginning of what expects to be a highly competitive training camp at Blakeslee Stadium in Mankato, Minn. Following a season that saw the Vikings claim the NFC North division and return to the postseason for the first time since 2012, Minnesota has the luxury of penciling in many of its expected Week 1 starters in late July.
NFCN Barroom Link to Story

Vikings crank up the intensity at training camp

NFL training camp doesn’t truly begin until pads are put on, and the Minnesota Vikings certainly reinforced this notion during practice on Monday afternoon. The team’s second day practicing in full pads and fourth afternoon training session since arriving at Minnesota State University-Mankato on July 28 was highlighted by a pair of scuffles.
The Bismarck Tribune Link to Story
View More Stories

Robert "BJ" Reidell has been covering the Minnesota Vikings, NFC North division and professional football since 2014.

Originally from St. Paul, Minn., he is a graduate of Cretin-Derham Hall High School (2010) and Marquette University (2014). Currently, he is the Content Coordinator at Vikings Territory and Co-Host of About the Labor: A Minnesota Vikings Podcast.

In the past, he has produced sports content in various roles for The Bismarck Tribune, Bleacher Report, NFCN Barroom, Fan Sided and Rant Sports.

His work has been featured in a number of newspapers and online publications including the Minneapolis Star Tribune, The Plain Dealer, Fargo Forum, Grand Forks Herald, Rochester Post-Bulletin, MLB.com, MSN.com, Daily Norseman, Vikings Journal, Scout Vikings and 247 Sports. He has also appeared as a guest on Yahoo! Sports Radio and is regularly featured on The Jimmy B & TC Show (1700 AM KBGG).

Reidell is a member of the Football Writers Association of America, National Sports Media Association and a part of the National Voting Committee in charge of determining the recipient of the Fred Biletnikoff Award. 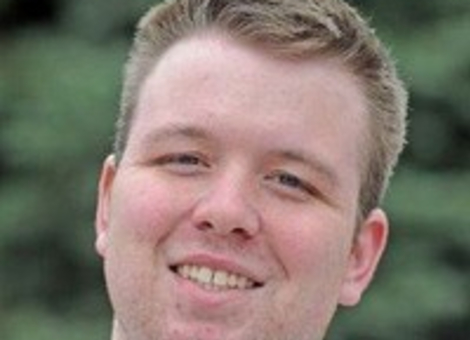